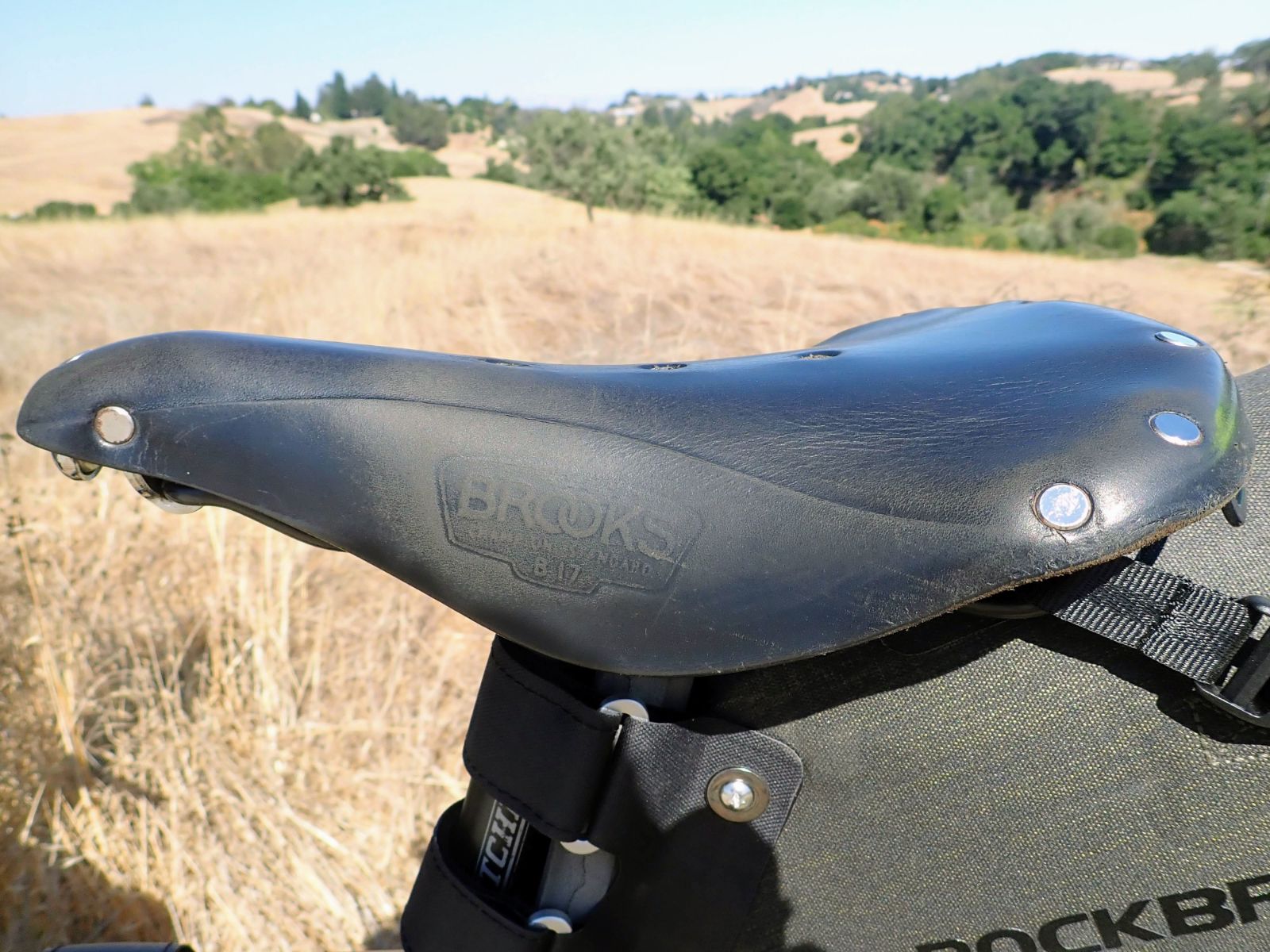 The Brooks B17 leather saddle has a cult following within the bike touring community. The hard leather, it’s said, molds to your most personal anatomy over many hundreds of miles, creating a perch that’s perfect for long days and big miles across countries or entire continents.

I’m a proud owner of two B17 saddles myself. My first, the standard unisex model, got me nearly ten thousand miles through Southeast Asia, Patagonia, and across the USA. As a rather narrow woman with a craving for freedom and a mistrust of the whole “female bodies are designed for childbearing” thing, I proudly rode my unisex saddle while proclaiming that “not all women have wide sit bones” (true, but beside the point). I was comfy enough, though during long days in the saddle (as when racing across the US) I sometimes had to grit my teeth and slather on the chamois butter.

When I finally killed that saddle via rain, sun, and neglect, I thought carefully. Should I buy another regular Brooks B17, or experiment with its variations? My saddle pain was reasonably well controlled, but there was room for improvement. Perhaps I didn’t know what I was missing?

I decided to shake things up and order a B17 Carved Short (or B17 S Imperial according to older naming conventions). This new saddle has so far supported me through northern Africa and many miles of gravel roads in the western USA. It fits my pelvis better in a way that’s hard to describe, and the cutout does take some pressure off sensitive areas. If and when I buy another Brooks saddle one day, it’ll probably be another one like this.

This post explains the differences between the models of the Brooks B17 and why you might prefer one or the other. No one can tell you which saddle will fit your body best. You’ll have to try a couple and see! And though Brooks saddles are very well-regarded, for some people none of the models ever feel right. Still, I hope you’ll benefit from understanding the intentions behind the various Brooks leather saddle designs and why you might want to start with one or another in particular.

From the Bikepacking Shop

There are affiliate links in this post. Buying through them provides me with a small commission at no extra cost to you, which helps keep this site running and growing. Don’t worry, I only recommend products I know and love and I never publish sponsored content, so can you trust what you read here.

Brooks makes both a standard B17 saddle and a version called B17 S. The S, somewhat confusingly, apparently stands for “short” instead of “standard.” This might be why the Brooks website now calls this model the B17 Short.

Most men buy the standard B17 without a second thought, though there’s no reason they couldn’t use the women’s version if it happened to fit them better.

Many women, on the other hand, agonize over the tradeoffs between the the B17 and B17 S. What exactly is the difference?

The standard B17 isn’t necessarily tailored toward men; in fact it’s “unisex.” The B17 Short is, according to Brooks, “for women and smaller riders.” It’s 3.3 cm shorter overall and has a more abrupt contour from wide to narrow.

Why does length matter? Some people on the internet seem to think a shorter nose reduces soft tissue pressure for women. But if you’re a woman or have ever been up close and personal with one, you’ll know this makes no sense at all. What the shorter nose does do is reduce the available fore / aft seat adjustment range, slightly reduce control over the bike in some situations (more on this below), and supposedly make it easier to cycle in a skirt.

It’s said that a longer saddle nose offers better control over the bike, and when I bought my Women’s B17 saddle I was worried about giving this up. Now that I’m used to it, I don’t think it’s a problem at all. There is still plenty of nose, and unless you’re mountain biking on technical trails I personally don’t think you’ll notice any issues.

What about width? Internet rumors seem to think the B17 S is wider than the B17, but according to the specs the current B17 Short model is exactly the same maximum width as the regular. I found this hard to believe so I measured them myself. Guess what: it’s true! They are almost exactly the same width, in fact the unisex version is actually 1mm wider:

So if the B17 S isn’t any wider than the B17, why do I feel like the S does a better job of supporting my sit bones and fitting my pelvis? I’m certainly no expert, but I would guess it has to do with the more abrupt curve from the wide rear to the narrow front. This allows my sit bones to rest comfortably on the widest part of the saddle while still letting my thighs move freely. If that has anything to do with wider sit bones or female pelvic structure, then so be it! Whatever the reason, the S does seem to work better for me.

So, which one should you get? If you’re a “woman or smaller rider,” as the Brooks website specifies, the B17 Short might be better for you but the only way to know is to try it. Otherwise, may as well get the standard model for the extra control and greater fore/aft adjustment range.

B17 Imperial / Carved vs. Standard

“Imperial” seems to have been Brooks’ classy-sounding euphemism for “has a cutout to take pressure off your private bits.” Current models are called “carved,” which is the same thing as far as I can tell. There is a unisex B17 Carved model and also a B17 S Carved version, which is shorter as described above and also has a cutout.

The cutout consists of a slit in the leather that allows for extra flex in the middle, plus lacing around the sides that, when loosened or tightened, allows for more or less flex. More flex generally takes pressure off the soft tissue between your sit bones and places more pressure on the bones themselves. Usually, this is the lesser of the two evils.

Many men find that this takes pressure off the perinium area. Many women, especially those who have an “outie” genital shape (explanation here – you know you’re curious!), find that the cutout helps with soft tissue pain. It’s not necessarily magic though, and for some people the cutout just increases pressure in other places that are equally if not more painful.

Will the Brooks B17 Carved be more comfortable for you? If you ride a non-cutout saddle and struggle mainly with soft tissue pain (as opposed to sit bone pain), you might be a candidate for the Carved / Imperial. If your soft tissue feels comfy but your sit bones get sore easily, you might prefer the regular. Some people say the cutout makes the saddle less durable, so all other things being equal you might want to start with the regular.

Caring For a Brooks Leather Saddle

No matter which version you have, it’s important to keep a few things in mind:

Break it in! Leather saddles are notoriously uncomfortable until they’ve had a chance to mold to your body, so give them time – ideally at least several hundred miles – to do so before heading out on a big trip. You may get lucky and feel comfortable right away, but don’t count on it.

Protect it from rain. While I feel some people take this warning way too seriously – aren’t we sitting on them all day in our sweaty shorts anyway? – it doesn’t hurt to try and keep your Brooks dry. I cover mine with a plastic bag if rain is expected overnight.

Adjust sparingly. All B17 saddles come with a special wrench (you might want to pack it for a long tour) that you use to adjust the length of the metal frame, and thus the tautness of the leather. More taut = more pressure on a small area of your sit bones and less on soft tissue. Less taut = deeper indentations for your sit bones to rest, but potentially more pressure on soft tissue.

As the leather stretches with use, sometimes the saddle needs to be tightened to maintain a good fit. Approach with care and do NOT overdo it. Often this doesn’t need to be done for years. When you do tighten, do it gradually, just one quarter turn at a time, and wait to see if it makes a difference. Once you’ve pulled the leather too tight, you can’t necessarily undo it and return to the previous fit.

Which way to turn? With your face oriented nose-to-nose with the saddle, turn the nut clockwise.

Apply Proofide as needed. Brooks swears that using ANYthing besides their specially formulated, and coincidentally very expensive, leather treatment could harm your saddle. I’m not so sure about this, but they scared me into doing it anyway. Whatever you think about this, it’s important to treat the leather when it starts to get dry and less supple, or ideally before. This is especially good to do after you’ve ignored the warning above about keeping it dry.

Protect the saddle from knocks and scrapes. Before I knew better, I used to turn my bike upside down on dirt and gravel to do mechanical work. After turning it back over to a mess of scratches and dents in the leather saddle, I now put down a rag or layer of clothing under the saddle before tackling roadside repairs.

As you can see, different models of the Brooks B17 offer a variety of fits for different pelvic structures and tissue configurations. Whatever you choose, may it feel as though you’re perched atop a soft puffy cloud (hey, a cyclist can dream, right?) as you enjoy warm tailwinds and scenic empty roads.

You can also find even more bike travel resources here!

10 thoughts on “Brooks B17 Saddles: What’s the Real Difference Between Standard, Short, and Carved?” 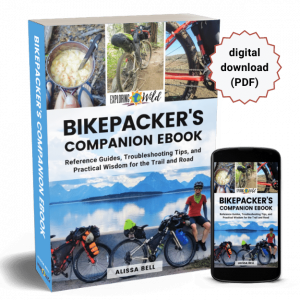 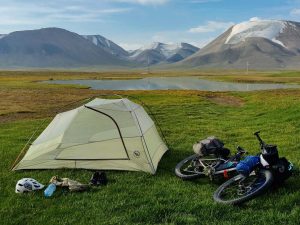 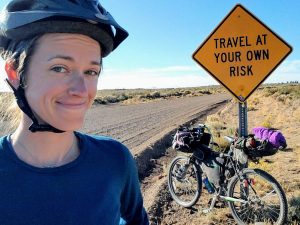 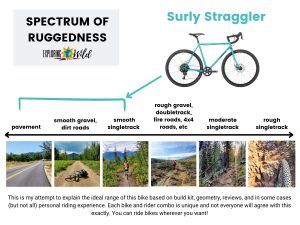 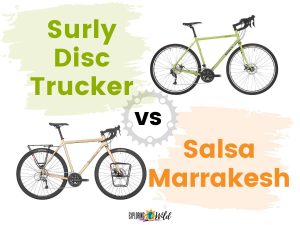