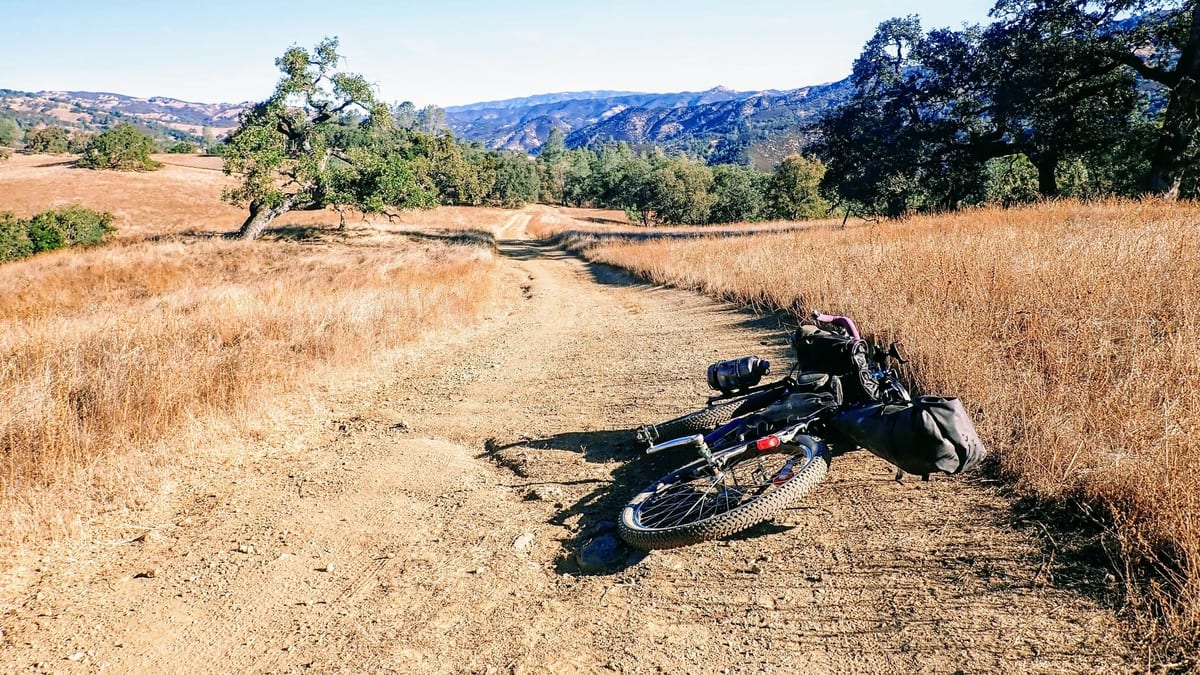 Maybe I’m biased, but I love my home state of California. We have everything! Mountains, beaches, golden hills, a whole lotta desert… There is something here for every kind of outdoor enthusiast.

So I’m a little surprised that while most other states in the western US are collecting established bikepacking routes pretty fast these days, bikepacking in California still seems to be in its infancy. Only a tiny fraction of our trails and public lands have been explored and described from a bikepacking perspective.

As a proud Californian and bikepacker, I want to change this. We have so much gorgeous land to explore! I love making up my own routes, but let’s face it, when vacation time is short sometimes you need to know what you’re getting into. It’s time to start sharing more information about bikepacking in California so we can all get out there more often.

In this post I’ve collected a wide range of California bikepacking routes, trails, and regions of interest. Full disclosure, I haven’t ridden some of them myself. Yet. So far I’ve mostly used my bikepacking time to explore other states and countries, and I’m far more familiar with the backcountry of Oregon and Idaho than my own home state. But it’s finally time to turn my attention closer to home.

I plan to do a lot more California bikepacking in the future, and this post is essentially the compilation of my research, future trip wishlist, and riding experiences so far.

I welcome input from anyone who is already out there exploring! If you have any ideas or experience to add, I’d love it if you would leave a note in the comments and let us all know what you learned.

The deserts in southern California offer some fantastic bikepacking opportunities, and bikepacking.com is already on top of some of the best. Here are the three standouts:

Routes Near LA and San Diego

Stagecoach 400: 385-ish mile loop out of San Diego with a challenging mix of dirt, pavement, and singletrack. Originally designed as a race of the same name.

A quick look at the bikepacking.com route map shows that these three routes overlap and could be connected in interesting ways, or serve as a foundation for more DIY routes in the same general area.

Riding in this area generally means desert landscapes and everything that comes with them: sand, rocks, rattlesnakes, hot summer days, cold winter nights, snow at higher elevations in the winter. Spring and fall are excellent times to bikepack in the southern California desert, and winter usually works too as long as recent storms haven’t dumped too much snow.

This rugged island off the coast of LA was suggested by a reader, and looks like it would make an amazing 2-3 day bikepacking trip! It’s accessible by ferry, crisscrossed by dirt roads (here’s a map), and has several campgrounds and primitive campsites (reservations likely needed). The resort town of Avalon at the island’s southern tip would make a posh place to relax before, during, or after your ride.

Bring your climbing legs… The island may be small but the elevation profile looks mighty.

Though I’ve spent plenty of time backpacking in the Sierra Nevada mountains, I must admit I haven’t done much bikepacking there. Perhaps this is because many of the best trails are in national parks and wilderness areas where bikes generally aren’t allowed. Or maybe it’s because those mountain climbs can be tough!

Still, I think there’s a lot of potential for bikepacking in the Sierra Nevada. Here are the routes and regions on my list to explore:

The actual Tahoe Rim Trail is a backpacking route, which I’ve thru-hiked and definitely recommend. Large sections of the loop are open to mountain bikes, and the ones that aren’t can be bypassed on jeep roads and other options.

The most thoroughly researched Tahoe bikepacking loop seems to be the Tahoe Twirl variation. Bones to Blue is another option with more singletrack. All routes in this area share challenges like high altitude, summer heat (especially on the Nevada side) and plenty of climbing, while rewarding riders with great mountain scenery and scenic Tahoe views.

I absolutely love the Lost Sierra region for outdoor adventures of all kinds, and thanks to the Downieville Classic race it offers a killer mountain biking scene. Beyond the famous singletrack, I’ve explored a few of the area’s dirt roads on shorter rides and I believe this would be a fantastic – if challenging and steep – area for bikepacking.

Forest roads and jeep tracks north of Highway 49 lead to ghost towns like Poker Flat. South of the highway, still in Tahoe National Forest, a vast web of dirt roads branch off from Henness Pass Road near the tiny town of Forest (which has some nice singletrack nearby). The area offers lakes, a few campgrounds, and lots of forest, along with plenty of climbing.

The new Pony Express Trail is hardly just a California bikepacking route – it extends all the way to Missouri! But for anyone dreaming of a longer trip, or interested in riding from Sacramento to Tahoe (perhaps to tackle the Tahoe Rim) on relatively low-traffic road and trail, this newly developed route might appeal. I hear the section through Nevada is tough and very sparse on water and resupply options; research before attempting!

For a region nearly covered in national forest land, northern California has surprisingly few documented bikepacking routes. There is some overlap here with the Tahoe region, so for clarity I’ll say anything mostly north of Tahoe belongs in this section.

As one of the closest national forests to the Bay Area, Mendocino National Forest is an intriguing possibility. I recently had the chance to do a quick overnighter in the southern portion and it did not disappoint. The area is remote, rugged, and surprisingly mountainous with plenty of long climbs.

My little trip just barely scratched the surface of this vast web of forest service roads. Here’s a backcountry discovery route that highlights many of the main dirt roads and camping areas. For those who want to venture even further off the beaten track, plenty of jeep tracks and even singletrack motorbike trails can take you nearly anywhere you want to explore.

The ambitious Trans North California is technically a race, though it would make an interesting touring route too. Here’s a random RideWithGPS track I found for it (haven’t tested it personally – ride at your own risk). 🙂

It happens to overlap with a bit of the Mendocino NF route I linked to above, and if that’s any indication of the rest of the route, it’s probably tough!

I haven’t had a chance to explore these yet, but here are some other areas of northern California that look intriguing for bikepacking:

More of those backcountry discovery route ideas here. Keep in mind they’re designed for driving, so don’t contain any singletrack and could include sections of busy highway. But if you like gravel roads they seem like a useful starting point.

As a resident of the SF Bay Area peninsula, I have to concur that the SF Peninsula Traverse is one of the standout local routes, and the skyline ridge section is more or less the only long stretch of bike-legal trail nearby if you live on the peninsula.

The North Bay / Mount Tamalpais area is a prime candidate for Bay Area bikepacking routes, such as this overnight loop starting from Fairfax. It includes a long stretch of Bolinas Ridge road, which jumps off the map to anyone looking for long ride possibilities in the area. It could easily be extended further south to include the famous trails around Mt. Tam and the Marin Headlands.

Henry Coe State Park, down south near Gilroy, is the only Bay Area park where true backcountry camping (outside designated sites) is allowed. Its fire roads can be devilishly steep though, and summer temperatures can soar, so don’t expect easy riding. Here’s a short 46 mile loop that includes some of the highlights.

The East Bay includes many smaller open space preserves with a few campgrounds. If you can coordinate the necessary campground reservations, this East Bay bikepacking route looks awesome.

When I think about how big California is, and how much beautiful public land we have, I’m embarrassed that this list is so short. It seems like we currently have a wide-open slate on which to scout and explore our own routes. While I really enjoy making up my own routes, I would also love to see more established routes that would make bikepacking in California a bit more accessible.

If you have a great route to suggest, please comment below! Let’s get more Californians out bikepacking, so we can all enjoy some of the great bikepacking culture I’ve encountered in other states.

New! Browse bikepacking and touring blogs from all around the world at BikeSleepBike.

Are you an experienced bikepacker or bike traveler who’s excited to share your knowledge? You can contribute to this site. Learn more here.

4 thoughts on “California Bikepacking: Route Ideas in Every Region” 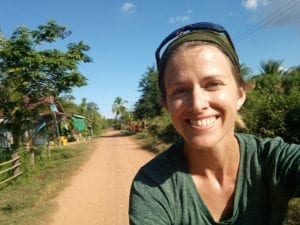 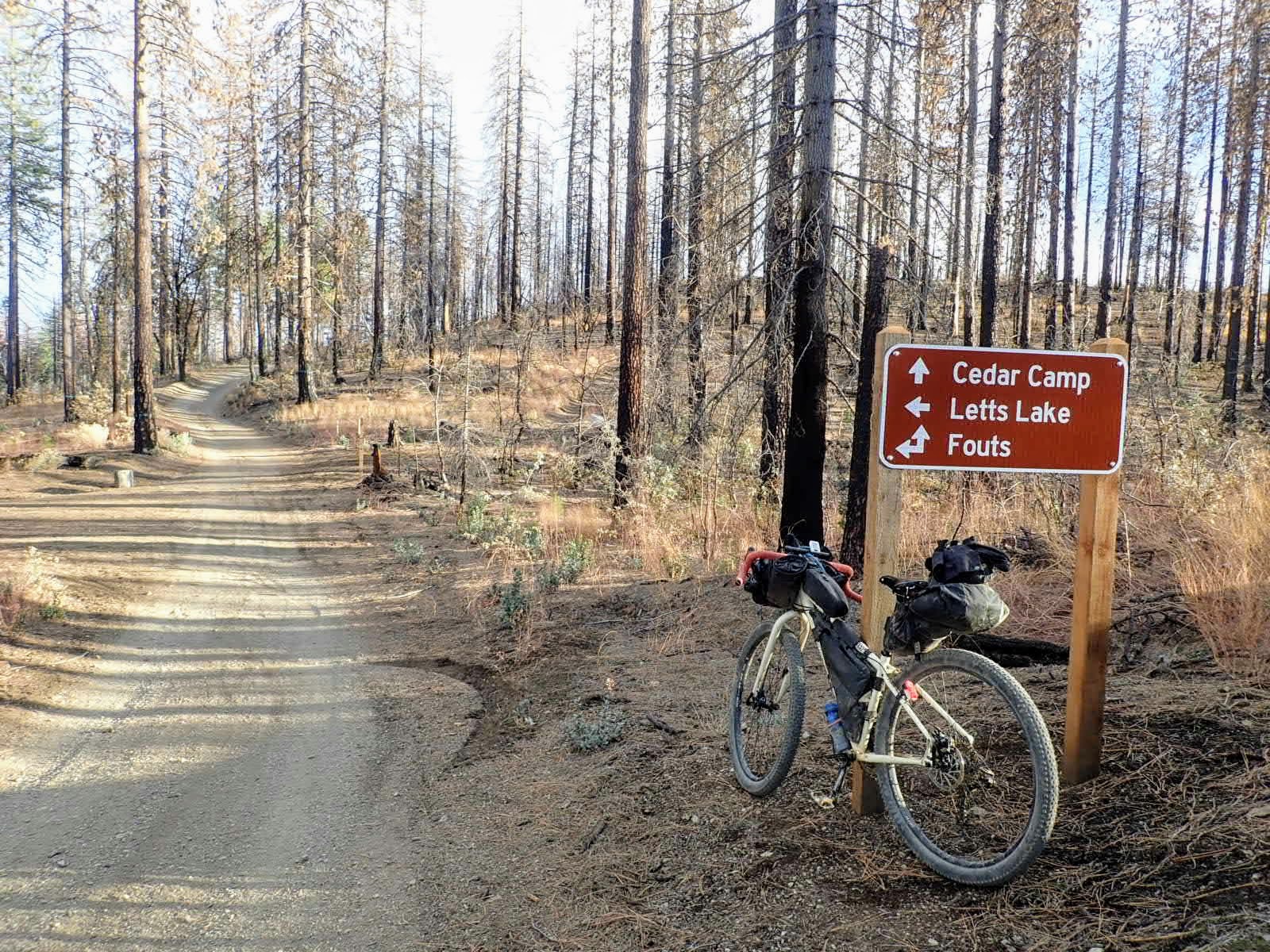 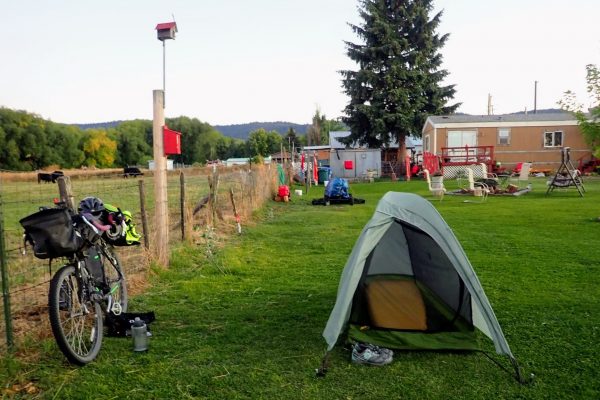 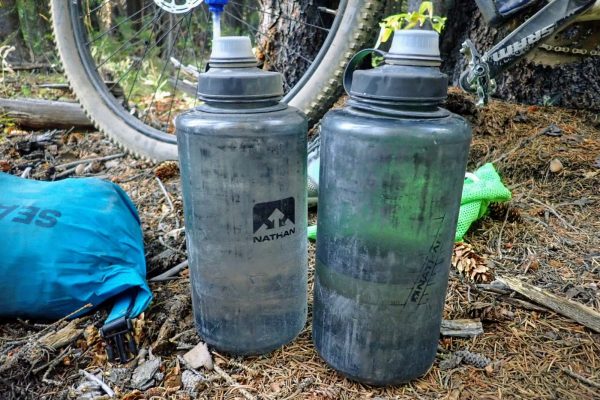 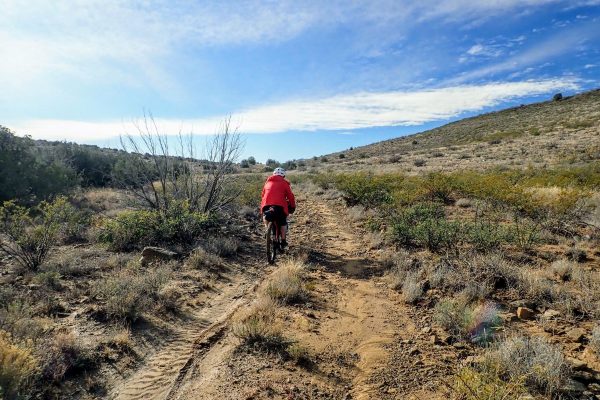